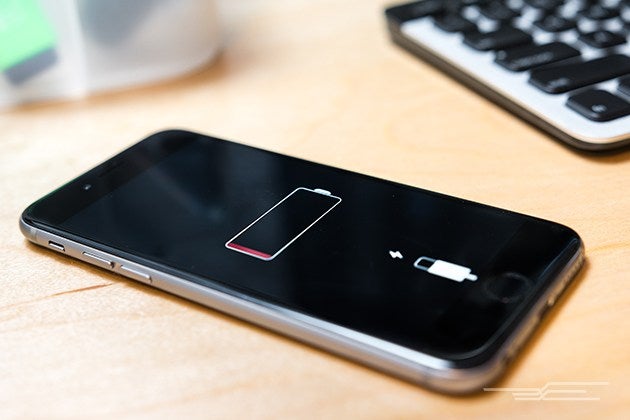 BECAUSE MY FATHER DID NOT CHARGE HIS PHONE, I AM ON THE RIGHT TRACK

A week ago I was stuck in traffic and my mind was doing what minds do best, wandering. I started analysing the chain of events that led me to where I am in my life today.

The only reason I am where I am today is because my father did not need to charge his phone on a particular night.
With a line like that, a back story is required so I will have to go into some detail about my personal life. But not too many details because… you know… Mark Zuckerberg.
Every year, Indian Oil conducts an awareness campaign about conservation of oil and natural Gases. Our family business is associated with Indian Oil so we are very much a part of organising and participating in the awareness campaign. We make it a point to have at least one person from the family attend the various activities and events that are organised. One of these events is a mini-marathon. Ever the sportsman, my father was to attend the marathon on this particular occasion, but on the night before, he got a message at around 11.30pm, informing him of an important meeting the following morning. Guess who was informed that he was required to go to the marathon instead of him? (answer at end of blog)

I am a night owl by nature. I usually stay awake till 3 to 4 am, working on whatever project I am obsessed with at that moment. I find that those hours give me adequate peace and tranquillity to do my thinking and execution (not literal executions). The obvious fallout of this is that usually I wake up by 10 or 11 am. But I need my 7 to 8 hours of sleep otherwise I spend the following day looking like a zombie having a bad Hair Day.

So naturally having to wake up at 5:30 A.M for any reason is usually a kicking and screaming affair.  The cherry on the cake was that if my father had followed his nightly routine of charging his phone in the other room, he wouldn’t have received the message at all and all this could have been avoided.

So I turn up reluctantly for the marathon and begrudgingly run the race, throwing dirty looks round indiscriminately. Immediately after the race, Indian Oil had also organised a drawing competition for children below the age of 12. Since the competition had to have a theme, (oil and natural gas conservation) there was a certain amount of explaining to do to the children. Indian Oil had hired a qualified and competent emcee to handle this. Qualified and competent though he may have been, reliable and punctual he was not. He did not turn up. In disaster management mode, an official from Indian Oil suddenly says “Rick, why don’t you do it. You are an artist so…”
I personally really look up to this gentleman and didn’t want to let him down, so I agreed. The begrudging, dirty looks throwing, bad Hair Day having, zombie resembling emcee suddenly has a microphone in his hand and finds himself explaining the apocalypse to a bunch of disinterested children.

As luck would have it, one of the participants happened to be the daughter of a program director from All India Radio. After the event, she came up to me and said she really liked how my voice sounded on the amplifier and asked me to apply for a job as a radio jockey on the spot. To be fair, I thought she should have offered the job to the amplifier instead, but hey, we take what we can get, right?

I started work at All India Radio and over the course of the next few months, I got the opportunity to cover various events happening in and around Shillong and to conduct interviews with some very interesting people.

One of the events I covered happened to be a film festival in Shillong. The producers had booked a slot to interview an actor and had chosen me to do it. It should be noted that there is a pool of some 20 other talented broadcasters, so the chances of me covering that event were 20 to 1, at best.
On the appointed date and time, I arrived with the producer and the technical team. But as it turns out, the actor was stuck in traffic and would be arriving late. So I found myself sitting around, engaging in small talk with random strangers (I was saving my big talk for the interview).

One of these random strangers happened to be an artist. I am an Aspiring artist myself so we instantly bonded and developed a casual, easy friendship. As we got to know each other and began to swap stories and share ideas, I told him about my entrepreneurial enterprise of starting a makerspace and how I have been working towards the concept with almost every fibre of my being. At that point I had been working towards the concept for the last 3 years. I had worked to learn and understand the various skills and improve my knowledge base and I was at the funding stage. Here’s how that conversation went.

Me: … and thing’s are getting pretty frustrating. I don’t know how much I don’t know and I don’t even know where to start.
Him: Ya, Bro. And bro, i have experienced that most people are very unhelpful.
Me: I know. Jealousy is a mental cancer. (at this point, i smiled smugly at my philosophical kung fu.)
Him: Bro, i read that quote too. B. C. Forbes, right?
Me: … yes.
Him: Well bro, I am attending a workshop next week sometime. Its about business, or getting investment or something. Bro, you should come…
Me: I’m probably busy, but I’ll think about it..

Next thing I know, I find myself sitting for a workshop by Dhriiti. It gradually became apparent that they were focussed on helping the participants. And that help was extended on a very deep and personal level. They wanted to get us to go where we wanted to go. Not where they thought we should go, as is usually the case with “experts” and “consultants”.
For someone who has had to hustle for information from those who mistrusted my motives, learn things the hard, slow way, ask for guidance only to be ignored, and discouraged from the happiness that comes from the pursuit of happiness, I could not believe the goodwill and sense of belonging I found within a room of strangers. We were united by one thing. Faith. Faith that the path we chose was beneficial and would help us grow. Faith that we could and would learn whatever was required of us. Faith that even though being pro-active is fraught with failure and ridicule, it is far nobler to try and fail.
At the same time, I was blown away by the randomness and blind luck in the face of astronomical odds that has now put me in touch with this organisation.

So what am I trying to say?
The world works in mysterious ways and an insignificant event can trigger a chain reaction that could be the difference between a life you choose to live and a life that you are compelled to live. If my father’s cell phone was charging in the other room, which is usually the case, he would not have gotten the message about his engagement and I would not have been forced to show up for that marathon.
If the emcee was on time I would not have been forced to speak on the microphone.
If the program director from All India Radio did not happen to be there or for any reason, did not come up and speak to me, I would not have become an RJ.
If the film festival was assigned to a different broadcaster or if the actor had been on time I would not have gained a new friend.
If for any reason that conversation between us would not have happened, I would not have associated myself with Dhriiti.
If I have not met dhriiti, I would not be on this concrete path where is leading me to my goal.
Make no mistake, person reading this. This is not a veiled promo for Dhriiti. There is no guarantee that anything will come true or that success is about finding smart/successful/influential people and copy pasting their formula. In fact, failure is likely and success is more of an exception to the rule. But failing with the right people is preferable to succeeding with the wrong ones..

Moral of the story- Be open to the world, participate, speak to strangers and don’t make assumptions. Be specific in your vision but flexible in your path.
Burying yourself in your cell phone, being half present in the real world is not very different from actually and literally burying yourself. The chain of causation is impossible to predict and our world is chaotic and difficult because of this. Embrace the chaos, bro.
(Answer: Me.)

About the Author: Chancharick Choudhury is a sculptor, radio jockey, event management consultant and aspiring entrepreneur from the hills of Shillong. His mission in life is to bring current technology into the service of each and every member of society. His cheese omletes are legendary.